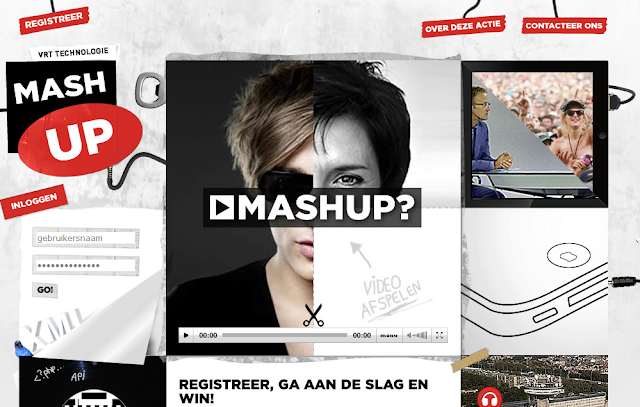 Over the past few months the VRT have opened up their APIs for developers to play with. They hosted a competition challenging webdevelopers to come up with interesting uses for their data and implement those ideas in the form of a mashup. And they do have a lot of interesting data: electronic programming guide for all their radio and television stations, a music database, traffic information, ...

My idea was to build a website that shows the current song and playlist for a radio station and add extra information and link it to social media. I had a lot of possibilities in mind (iTunes, Spotify, deep Facebook integration, Twitter integration, searching songs on YouTube, ...), but little time. I integrated it with Spotify and iTunes and added a player for the live stream. For the social aspect I was aiming for, I added AddThis (because that is only 5 minutes of work and I was running out of time) and chat (again, because I could do that really quick). The result is available on http://nowplaying.be

I used a few technologies and services I had never tried before and learned a lot: SignalR, HTML 5 audio, KnockoutJS, ... 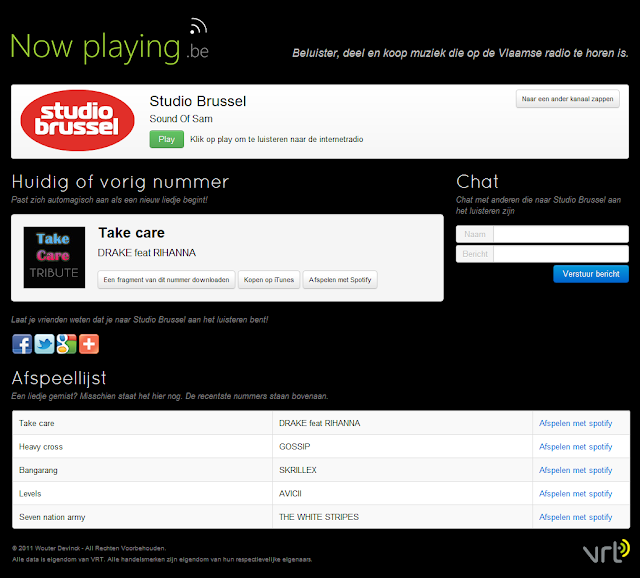 The winners were announced during VRT Barcamp last Saturday, I couldn't be there but @greyscarlet on Twitter was kind enough to share a video of the announcement:


And this is the video:

I got a third place and won an iPad, vrtwebradio.be is second and the winner is @hoeishetverkeer. I especially liked hoeishetverkeer, a deserved winner!

Honorable mentions (the few I have seen on Twitter): Radiofy and Stubrify. If there are any others that deserve a mention: let me know.